Are You Lost? Blog Home / Sewing for Antique & Vintage Dolls / Recommended Resources / One More Book for Learning About Period Dolls

Are you a fan, or collector, or just asked to sew heirloom quality dresses for early 20th century antique bisque dolls? Kammer and Reinhardt ( K*R) Dolls were among the most popular as well as some of the most exquisite dolls of that era. A super resource for seeing how they were dressed And all the varieties offered in 1927 is another catalog reprint, “My Darling Dolls”

This is very inexpensive in paper back, but all you need to view hundreds of doll offered by this company in 1927. Keep in mind that while new costumes were offered on some of the dolls each year, there were standards, like the baby dolls, that didn’t change much in either appearance or costume, so this will give you a good idea of the dolls made during the early part of the century. If your grandmother got a K*R Baby Doll for Christmas in 1919, bor instance, it would have been dressed pretty much the same as those in this catalog. The dolls were NOT unique every year– they evolved slowly just like children’s fashions did. Since baby clothes really did not change very fast, it is safe to assume that a K*R baby doll ( often referred to as a “character baby” ) made in 1915 would be dressed very much like the baby dolls in this catalog reprint.

The Flapper era had arrived, though, so the little girl dolls would have been dressed differently from those offered, say, in 1910. But they would not have changed much from those shown in this bookwell into the 1930s., for that era of dress continued.

It is a wonderful, inexpensive way to learn about the bisque dolls of the era of 1920 into the 1930s. The doll companies then, as now, tended to copy each other– success is always imitated! And since the K*R dolls were among the finest of the times, the other doll makers copied their style and clothes, so if you have a doll of the same era, it would be safe to use this as a resource to learn how to dress your doll in heirloom quality clothes!

Don’t forget you can leave a comment or question below! 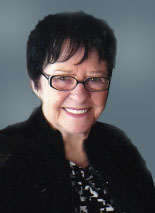 Hi Mary, sorry it is confusing for you.  Here is a picture of a bolt of fabric telling how to tell … END_OF_DOCUMENT_TOKEN_TO_BE_REPLACED

I am sorry, I have been out of the doll business for almost 20 years and all the dealers I knew have … END_OF_DOCUMENT_TOKEN_TO_BE_REPLACED

Before eBay set their own ideas for what is antique or vintage, a doll to be considered vintage had … END_OF_DOCUMENT_TOKEN_TO_BE_REPLACED